Apple’s Touch ID feature makes it very easy for users to get into their device. Think of this patent as a vocal fingerprint, Voice ID. Instead of using your fingerprint as a passcode, this new technology will let you use your voice as a passcode.

According to the patent, here is how this will work: 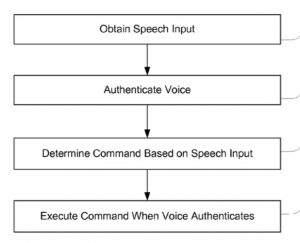 Such a system would certainly ease the process of unlocking iOS devices.

This patent credits Adam Cheyer as its inventor.

We visited some of the Apple retail stores in Turkey today, where due to the economic…

We have the latest numbers on autonomous vehicle programs from the California DMV. Apple has added…

Apple announced today that Apple Music is now available to customers in Turkey. The news was shared…

Apple is getting ready to launch another retail store in Istanbul, Turkey, according to a source familiar with…