I set up Hey Siri on my iPhone 6s yesterday. Since my device is an iPhone 6s, I was supposed to be able to activate Siri by saying Hey Siri without connecting to a power source. Setting up Hey Siri was very simple. However, I found that Hey Siri was not working properly.  I was saying ‘Hey Siri’ or “Hey Siri, it’s me” to activate Siri, but Siri was not responding. There can be several things that can cause the Hey Siri feature to stop working. This article explains how to troubleshoot problems with ‘Hey Siri’.

How to fix Hey Siri

Can Siri Hear You?

If Siri can’t hear you, she will not help you. You may be having microphone issues. Make sure that your microphone is not covered. For instance, you protective phone case may cause problems preventing Siri from detecting voice feedback. You may want to test your microphone. You can test your microphones simply by recording a video using the built-in camera app. If your video recording sounds weak, Siri may not be able to hear you. Try removing your case. Try also clearing any debris.

Go to Settings > General > Siri and check if Siri is enabled. If Siri is turned on, turn off, wait a few seconds and turn back on. 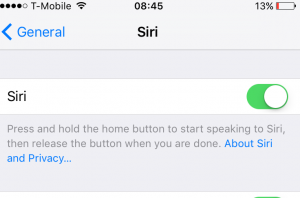 As stated above, Hey Siri is turned off by default, make sure that Hey Siri is enabled on your iPhone or iPad. Go to Settings > General and Siri and turn on Allow “Hey Siri”. 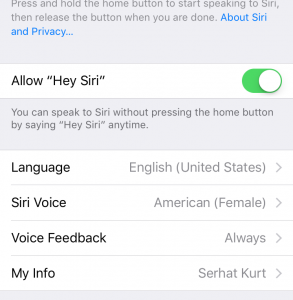 One important note that Apple introduced Low Power Mode with iOS 9 to extent the battery life of iPhone. Low Power Mode automatically optimizes device performance, when it is turned on. One of the optimizations includes disabling Hey Siri. If this is the case, If you can’t turn on Hey Sir because the setting will be grayed out or dim.

Go to Settings > Battery and switch off Low Power Mode.

Does your iOS device have an Internet connection?

Restart your iPhone or iPad

Simply restarting your device my fix your Hey Siri issues.

Press the home and sleep/wake buttons together until you see the Apple logo.

Several WhatsApp users have said that they are not getting the incoming message notifications. Whatsapp push…

This article explains how you can fix issues with HBO Max on your Apple TV. HBO…

Several macOS users have reported that they are unable to take screenshots and screen recordings. The…

Several users have reported that they are unable to use Screen Time properly on their iPhone,…