Apple has slightly increased the number of test drivers, although the total number of vehicles remains the same. According to new data from the California DMV, Apple now has a total of 66 self-driving cars and 149 certified drivers on the road. This is an increase in drivers since our last report in September, when Apple had 66 test vehicles and 146 authorized drivers. The total number of test vehicles has not changed since the last time we reported. Here are the latest numbers:

It appears that Apple is adding more drivers to the fleet at a steady rate.

Currently, California has issued 64 autonomous vehicle testing permits, with 830 approved vehicles operated by 2,880 approved drivers. Apple has yet to apply for a driverless car permit. 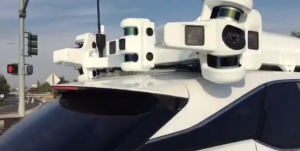 An attempted military coup in Turkey failed. Turkish Officials say the coup attempt is over. At least…

We submitted a Public Record Act (PRA) request for the application. And we got it. Here…

Apple is continuing to increase its self-driving vehicles. According to the California Department of Motor Vehicles,…

Apple is, currently, testing a total of 69 cars on public roads of California, according to the…

An Apple patent published on Tuesday suggests the company is interested in water resistant electronic devices….