You are here: Home / Guides / What Does Alarm Clock Icon On An App Mean (iPad)? 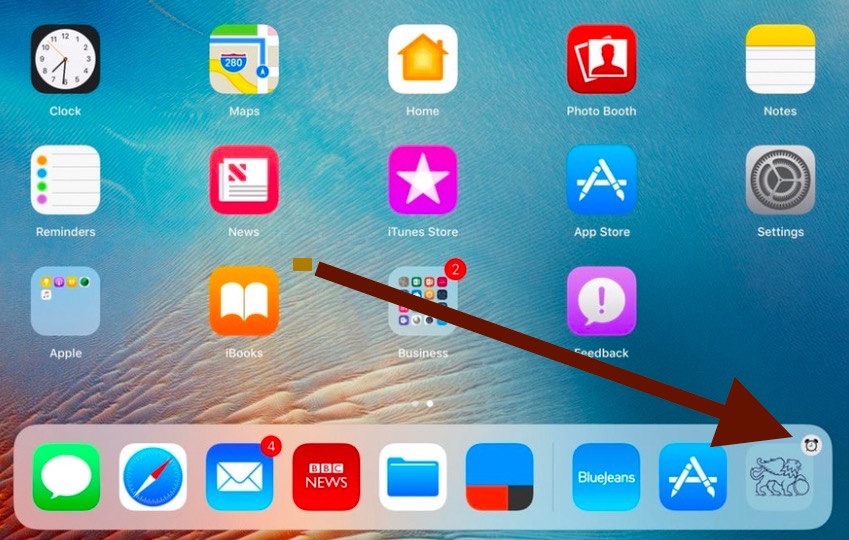 Let’s first describe in what ways this icon appears:

Your iPad has various status icons and symbols. This small alarm clock symbol is one of them. It is not tappable. You may think that it appears randomly. But it does not.

The newly updated iOS brought a much-improved user experience to the iPad, including a new dock. The new iOS uses complex algorithms to learn your habits. iPadOS (and Siri) has learned, using machine learning, that you often use this app at this time of the day.  iOS has further learned your previous usage patterns. Based on this information, iOS is trying to make it easier for you to use this app by placing it in the dock on the right side so that you can easily open this app. Siri thinks you want to use this app. It is simply a reminder kind of thing. It does not have any other function.

iOS will suggest apps based on your app usage habits. For example, if you use the Facebook app every day at 5 pm, the Facebook app with alarm clock symbol will appear at the far right of the dock. The clock indicates that you have used the Facebook app before at this time, so iOS is suggesting that you may want to use it again.

You can also disable suggested apps. Here is how: