Siri is Apple’s virtual assistant. Siri can do a lot of jobs. You can have Siri announce and read out the incoming messages (SMS messages and iMessages) when your AirPods or compatible Beats headphones are connected to your iPhone or iPad. In other words, Siri‌ will transcribe your incoming messages to you if you are wearing your headphones. You do not need to unlock your device. Siri will then help you reply to your messages. If you are using your device, Siri does not read your messages. This feature is called “Announce Messages with Siri”. Please also note that this feature also works with several third-party messaging apps such as Whatsapp.

You can easily turn off or on this feature. Several users find this feature very useful. However, some users may want to stop Siri from reading their messages. In this article, I explain how you can turn off this feature to prevent Siri from speaking out the messages. This article also includes several customization options. This can be a good idea for some, for example, you can work without Siri interruptions.

Turn off Announce Messages with Siri

You can use Control Center to temporarily disable this feature. This will let you quickly turn off or on this feature when it’s convenient or when it’s not. You can choose “Mute for 1 hour” or “Off for the day”. Here is how:

Turning this feature off will stop Siri. However, this may not be ideal for everyone. Another alternative, instead of completely disabling this feature, is to customize. For example, although you may not want to get these Siri alerts for messages from anyone, still, you may not want to miss texts from your Favorites list. Thankfully, Apple offers customization. Here is how you can do this:

You may see this alert message: “A software update is required to connect to your iPhone…

Some iOS users are facing problems that Siri is not functioning as expected. This article is… 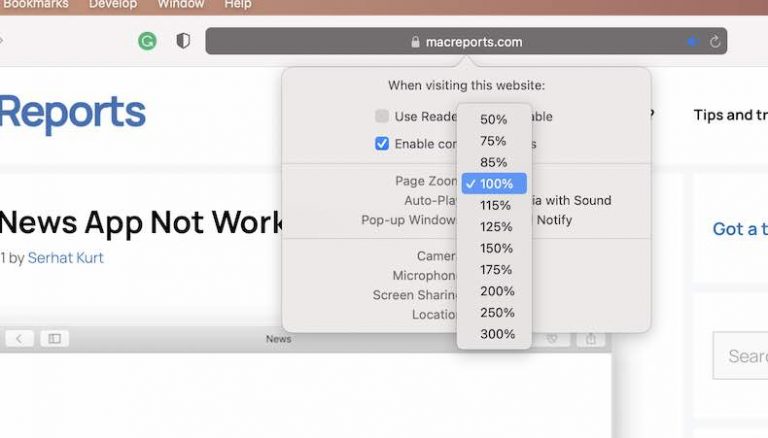 On your Mac, you may want to zoom in or out to make things on your…

Several users have said that they are unable to listen to Apple Music. They receive the…

GIFs are very popular. You can easily convert your videos into animated GIFs. In this article,…

If you mistakenly deleted some or all of your contacts from your iPhone, iPad, or Mac,…